Advent I: Incarnation and Transformation 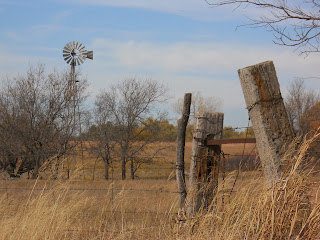 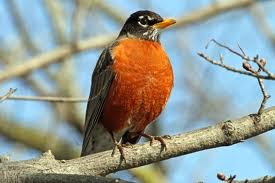 The Legend of the Robin's Red Breast
A little brown bird shared Bethlehem's stable with the holy family. One night as the family lay sleeping, she noticed their fire was going out. So she flew down from the rafters and fanned the fire with her wings throughout the night in order to keep the baby Jesus warm. In the morning, she was rewarded with a red breast as a symbol of her love for the newborn king.

The Legend of the Lamb's Woolly Coat
A lamb named BaBa lived in the stable at Bethlehem. One night as the holy family slept, BaBa crept up to the manger to watch the baby sleep. While she watched, BaBa noticed how thin the infant's blanket was and that he was shivering from the cold. Filled with love for the child, BaBa warmed him with her own body throughout the night. When Jesus touched her rough, shaggy coat, it was transformed into a beautiful soft wool coat.

The Legend of the Donkey's Bray
After hiding in Egypt for some years, Joseph decided to move his family back to Nazareth. During the night they camped along the side of the road. One night while they slept, their donkey heard the soldiers' horses coming from afar. Afraid that the soldiers were coming to kill Jesus, the donkey neighed to wake Joseph. He neighed and neighed, again and again, but his voice was just too soft to wake the sleepers. Finally, as the soldiers approached, the donkey prayed for a loud voice to wake the family. When he neighed again, he was rewarded with the loud bray such as donkeys have had ever since.

The Legend of the Camel's Hump

In order to visit the newborn king, the three wise men traveled with a caravan across many miles of desert. Traveling as quickly as they could, to reach the baby before the star departed, they neglected to carry enough water for both man and beast. The wise men asked the camels to travel without water until the end of their journey so they might reach the baby in time. The camels were agreeable and raced across the desert without rest or water. When they finally reached the stable, the camels worshipped the baby and thanked God for giving them the strength for their waterless journey. Drinking their fill from the stable's trough, the camels were rewarded with humps to keep them from thirsting in the desert.

The Legend of the Poinsettia

In one village in Mexico it was customary for each person to place a gift on the altar of the church for the baby Jesus on Christmas Eve. But one small child had no gift.  An angel told that child to take some dried up weeds he would find along the road to the church. When the child placed the weeds on the altar for the Christ child, they turned into the first poinsettia. Since then the flower has been called "The Flower of the Holy Night" or "Flor de la Noche Buena".

You see, each time one of God’s creatures enters into relationship with the Christ Child and performs an act of love, that creature becomes transformed in a way toward becoming more distinctively itself.  Just as you, my dear ones, also participate in the incarnation by becoming more and more the one God created you to be, each time you perform an act of love in his Holy Name.  Each time you give or receive an act of love in Christ’s name, you participate in the body of Christ, acting to usher in the Kingdom of God on earth.  In the words of the Prophet Isaiah:
Canticle 11 The Third Song of Isaiah (Isaiah 60:1-3, 11a, 14c, 18-19)  Surge, illuminare
…over you the Lord will rise, *
and his glory will appear upon you.
Nations will stream to your light, *
and kings to the brightness of your dawning.
Your gates will always be open; *
by day or night they will never be shut….
…..The Lord will be your everlasting light, *
and your God will be your glory.

This is how you ready yourself for the second coming of Christ, not in fear, but in obedience, and with loving adoration and joy.  Amen.

Posted by Adventures of Pioneer Woman at 3:24 PM