Advenures in Bulgaria: Part One

Bulgaria is full of generous and kind-hearted people.  The couple I am staying with in the village of Barzitsa 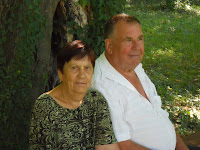 have been more than kind to me.  Since they don't speak English and I don't speak Bulgarian, we are communicating by mime, which has worked surprisingly well, except for one faux pas on my part.  They had planned a special day trip for me, but when they told me about it, I thought they were saying they were going somewhere for the day.  I didn't understand that I was invited to go, too, so when they were ready to go, I was heading out the door to go somewhere else!  Whoops!  After they explained again, I quickly changed plans and got into the car with them.  Georgi had even washed the car! 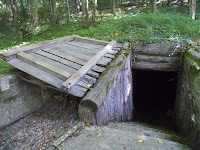 We drove up a mountain road to a resort hotel in the woods.  We got out and walked down a stone trail into the woods.  After a time we came to a kind of bunker, or cave dug into the ground, where someone had lived for over a year after having to parachute into enemy territory during the War.  It had a bed in one corner, and a fire pit in the other.  Outside was a hollow tree where the man had collected rain water to drink.  That was all that we were able to communicate by mime, other than it all had something to do with the Russians.  It is a fascinating place, and I look forward to learning more about this when I can find a source in English. 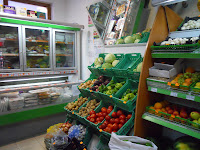 They wanted to take me to another place in the woods, but it had been closed off, apparently because it is a protected site that collects water for Varna.  On the way home we stopped at a magazine, which is a little store that has absolutely everything:  meat, cheeses, produce, bread, milk, produce, packaged food, and I even spotted Four Roses American Bourbon.  My hosts purchased some sausages, cheeses, and a watermelon.  Then we stopped at another store and purchased some beer.  We drove home again and had a beautiful late lunch in their courtyard under the grape arbor.


Posted by Adventures of Pioneer Woman at 3:05 AM