It was a white Christmas, after all, in every sense of the word, including serene, cleansing, purifying, radiant, and miraculous.  Going to school while working long hours made it impossible for me to prepare for Christmas until school was dismissed for Christmas vacation.  I decided that, instead of fighting exhaustion to shop, clean, decorate, wrap, send, and do Christmas cards, I would just tell everybody I was out of town.  It wasn't really a lie, because everybody knew I was there the whole time -- in Kingman you are tracked at all times by the location of your car.


Whenever you let down after working too hard, it is easy to get a case of the doldrums.  I felt every kind of petty, negative feeling you can feel.  I am sure you must know the kind of wrong thinking that you don't want to admit to anyone because it makes you look so unpleasant, bitter, small-minded, and mean.  I felt jealous, envious of people who have more time and money than I do, and certain that my friends didn't really like me, but were just being nice to me so they wouldn't hurt my feelings.  There are people who have done awful things to me and are continuing to do them, and I was feeling painfully aware of my inability to forgive, which was because I didn't really WANT to because I was afraid of what might happen if I did:  forgiveness is an invitation back into your life of someone you have been keeping at a distance in order to protect yourself.  I knew God wanted me to forgive, as he forgives me, but I really couldn't do it because I didn't want to get hurt any more.

So I prayed about it and went to bed feeling awful and bad and envious and unforgiving.  A year ago Christmas I prayed about the problem of not wanting to give my self-will over to God, and he gave me the finale from Gounod's Faust to learn.  I had to sing it over and over for a week until I could spit out all those fast little words in French.  I'm not so good in the high register either, so I had to shriek them out at the top of my lungs:  Dieu juste, a toi je m'abandonne!  Dieu bon je suis a toi, pardonne!  Well, THIS Christmas I received another answer in music.  This year it was "Be-ho-old your King!"  from O Holy Night, with full orchestra.  It was absolutely wonderful!  I looked up the words, sang the song, and realized that I had never really thought about praying to Christ as the King.  I must tell you it is a very satisfactory and invigorating thing to do!  The euphoria listed through Christmas Eve and Christmas Day.


Clara Martin and I decorated the church for Christmas:  Roses on the altar, ivy and pine boughs and (battery-powered) "candles" everywhere in the style of an old-fashioned country church.  I have to say it was beautiful.  I got to sing "O Holy Night" on Christmas Eve at Grace Church in Anthony.  Mother Mary Hixson asked me for it, saying it is her favorite carol.  When the Holy Spirit gets to work, things fall into place in amazing ways.

There are twelve days of Christmas, fortunately for me, so I had time to get the packages sent to my children and grandchildren.  On the other hand, this also gave me plenty of time to let the idea of Christ my King percolate.  It occurred to me that if Christ is my King and he tells me to forgive someone, there is no wiggle room.  If he really is my King, I have to do what he tells me to do.  Period.  Great.  If you are praying the daily offices, you end up saying the Lord's Prayer several times a day, so the pressure to forgive others as he forgives us never lets up.  I decided it didn't mean that we are only forgiven if we forgive others; it means that we are to learn to follow his example and forgive others as he does us.  And furthermore, I am sure he would help me do it if he's telling me to do something that's too hard for me to do by myself.  "I will, with God's help" is one of the most helpful phrases in the whole Book of Common Prayer. 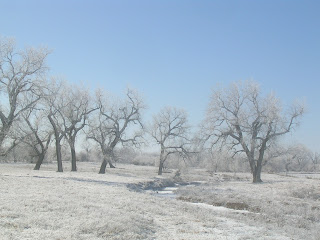 So I had a little conference with Warren at Eighth Day Books, and he helped me find a book to read on the subject of forgiveness.  I got right to work on it.  I prayed about it with my spiritual director, and told my Bishop about it.  I talked it over with my   friends, and with my cousin Evelyn and her husband.  I prayed about it -- Jesus and I had several rather difficult chats on the topic of forgiveness, and a few times jealousy and envy and other unpleasant and petty subjects came up, as well.  I could not tell you when it began to happen, but gradually I noticed that the vise-like grip this evil had on my heart had loosened a little.  I'm not saying it's over or that I'm finished, but I am beginning to see something very important -- Here's the surprising thing:  forgiving people who are hurting you does not make you get hurt more.  It's probably true that you are more vulnerable to what they want to do to you, but at the same time, you aren't so hurt by what they do, because it isn't about you any more.  You don't need to try to control them.  They can and will continue to do hurtful things to you, but they don't really hurt you.  When Christ is your King, he protects you from real harm, so that the things they do don't touch you in any way that is important, that is, in any way that harms your immortal soul.  Christ is the King over all suffering and death, as well as King of forgiveness.  Such freedom!  Such joy!  Such purity and radiance!  Behold your King!  Worship and adore him, for he really is your Shield and your Strength and your Rock, your Savior and your Armor of Light!
Posted by Adventures of Pioneer Woman at 8:09 PM